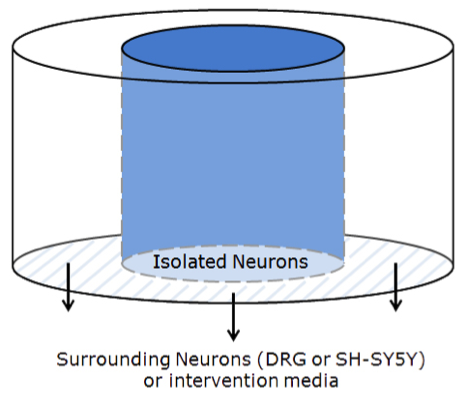 Cancer cells and dying cells appear to communicate with nearby normal nerve cells without being physically connected to them, a team of CTSI-supported scientists from UCLA and Charles R. Drew University of Medicine and Science have found.

Dr. Keith Norris, senior author of the research and assistant dean for clinical and translational science at the David Geffen School of Medicine at UCLA, said the study contributes to the understanding of cell communication, which until now was known to take place only through direct contact or direct stimulation of receptors in the cells of molecules known as ligands or in hormones, signaling factors, nerves and other pathways.

It now appears, the researchers say, that cells may be able to effectively communicate through physical barriers. Their study of remote cell communication appears in the January 2013 issue of the peer-reviewed American Journal of Translational Research.

However, when the chamber was surrounded by cancer cells or dying cells, the normal cells inside the chamber processed calcium signals differently, suggesting there was remote communication from the surrounding cancer cells.

Co-authors Dr. Christopher Reid and Victor Chaban of the Life Sciences Institute at Drew University noted that this novel finding may represent a potentially higher form of cell communication. Discovering that cancer cells and dying cells may have a previously undiscovered communication method with other cells may lead to new treatments for cancer, aging and other diseases, they said. Further studies are needed to uncover how the non-physical communication occurs.

"Understanding the many ways in which cells communicate is an important step toward developing new approaches to treat disease," said Dr. Steven M. Dubinett, executive director of the UCLA Clinical and Translational Science Institute (UCLA CTSI).