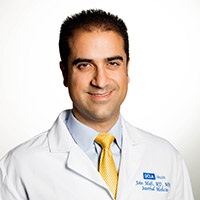 A CTSI-supported study led by CTSI KL2 scholar, John Mafi, and colleagues was highlighted as a top story in the August 2018 issue of the NIH NCATS Newsletter and as a featured story on the NCATS website.

The study, published in JAMA Psychiatry,Â discovered that patients taking a class of drug known to increase the risk for overdose were likelier to receive a first-time opioid prescription than the general population. Patients taking a class of anti-anxiety medications called benzodiazepines received first-time opioid prescriptions at the rate of 172 per 1,000 in 2015, more than double the rate of 79 per 1,000 in 2015 for the general population.Â