Researchers Reveal the Mechanisms Behind a Natural Bacteria Killer 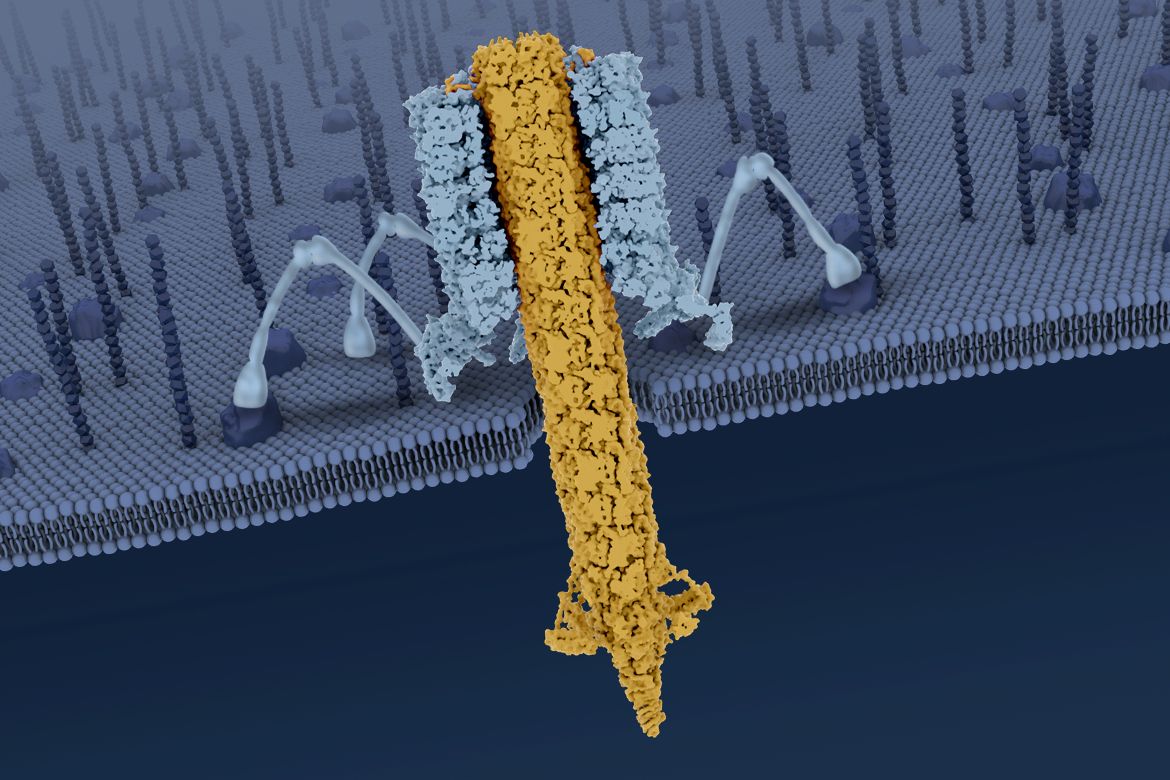 In the new paper, the scientists described for the first time a six-stranded collar at the top of the pyocinâs trunk, which connects the sheath and inner tube and is important for transmitting energy in the process of triggering the pyocin.

Scientists are one step closer to adapting the bacteria-killing power of a naturally occurring nanomachine, a tiny particle that performs a mechanical action.

In a study published in Nature, a UCLA-led team of researchers describe how the nanomachine recognizes and kills bacteria, and report that they have imaged it at atomic resolution. The scientists also engineered their own versions of the nanomachine, which enabled them to produce variations that behaved differently from the naturally occurring version.

Their efforts could eventually lead to the development of new types of antibiotics that are capable of homing in on specific species of microbes. Drugs tailored to kill only a certain species or strain of bacteria could offer numerous advantages over conventional antibiotics, including lowering the likelihood that bacteria will develop resistance. The bioinspired engineering research, which aims to develop technology that takes its design cues from nature, could contribute to the development of targeted antibiotics based on a pyocin.

Read the full story in the UCLA press release.Â Â

This study was supported in part by a UCLA CTSI Core Voucher Award to Dr. Zhou for imaging the pyocin samples at the EICN facility. This research was also supported by the Swiss National Scientific Foundation and the Kavli Foundation. Imaging was performed at the Electron Imaging Center for Nanomachines, which is funded by the NIH and the National Science Foundation.Â