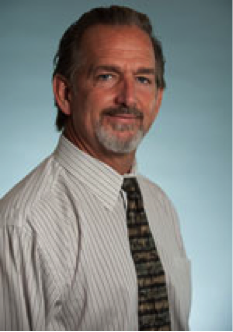 James McCracken, MD, a professor of Psychiatry and Biobehavioral Sciences at the David Geffen School of Medicine, and colleagues, have received a new $9 million contract from the National Institute of Mental Health to launch an ambitious program to rapidly test the most promising new drugs that may help restore normal development and brain function in people with Autism Spectrum Disorder (ASD).

The contract is intended to create a network of other U.S. academic centers to carry out multiple high-risk, high-reward experimental medication studies over a three-year period. This is only such contract dedicated to studies of autism.

"Current medical treatments are commonly prescribed by physicians, but only to manage difficult behaviors in ASD like aggressiveness, hyperactivity, and self-injury where they can be important and helpful, but they do not impact the core problems of the disorder," McCracken said.

Autism Spectrum Disorders (ASD) are recognized as the fastest growing form of developmental disabilities increasingly recognized by clinicians, and estimated to affect 1 of every 150 children in the US, representing up to 2 million Americans. ASD consists of delays in the development of effective communication, social relationships, and impacts nearly every area of child and adult functioning. There are no established medical treatments for ASD, despite its acknowledged genetic and biological basis.

"Our basic science colleagues are generating enormous information on the likely underlying causes of this common and often disabling condition," McCracken said. "We are well positioned to apply the basic science and find drugs that make a difference."

The contract is planned to support a new approach of multiple "fast fail" studies which could accelerate progress by providing an early "yes/no" assessment of various compounds. Positive findings would be followed up by national and international large-scale studies. Two other similar contracts, studying experimental medicines for psychosis and depression/anxiety, have also recently been funded by NIMH.

"There are now so many possible experimental medicines and approaches for ASD from basic science that we find ourselves way behind. We need a new paradigm to test the many possible compounds and more quickly and accurately identify which ones are really ready for prime time, or large scale studies lasting years and costing upwards of $500 million dollars to yield an approved, marketed medication," McCracken said.

The federally supported program comes as major pharmaceutical companies are cancelling their ASD drug development programs due to costs and the recent failures of drugs that had been deemed good prospects. NIH, research scientists, and affected families are fearful that progress in medication development will slow in the face of pharma's retreat from neuroscience drug development.

McCracken and colleagues in Psychiatry, Radiology, and Biostatistics, with support from the UCLA Clinical and Translational Science Institute (CTSI), will be applying sophisticated measures of brain and behavioral responses to identify signs of successful drug action at key brain regions. McCracken's collaborators on the studies will include Drs. Susan Bookheimer, Sandra Loo, Joseph O?Neill, and Edythe London from the Department of Psychiatry, Dr. Albert Thomas from Radiology, and Dr. Catherine Sugar from the Department of Biostatistics.